“Whether you held an Obama sign or a Romney sign, you made your voice heard. Whether I earned your vote or not, I have listened to you, I have learned from you, and you made me a better president.”

"That's why we do this. That's what politics can be. That's why elections matter. It's not small, it's big. It's important. Democracy in a nation of 300 million can be noisy and messy and complicated. We have our own opinions. Each of us has deeply held beliefs. And when we go through tough times, when we make big decisions as a country, it necessarily stirs passions, stirs up controversy. That won't change after tonight. And it shouldn't. These arguments we have are a mark of our liberty, and we can never forget that as we speak, people in distant nations are risking their lives right now just for a chance to argue about the issues that matter – (cheers, applause) – the chance to cast their ballots like we did today."

"But that doesn't mean your work is done. The role of citizens in our democracy does not end with your vote. America's never been about what can be done for us; it's about what can be done by us together, through the hard and frustrating but necessary work of self-government. (Cheers, applause.) That's the principle we were founded on."

President Barack Obama tells supporters "the best is yet to come" in his victory address in Chicago
Nov 7, 2012 | 21:03 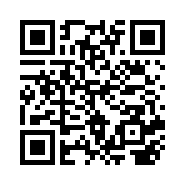